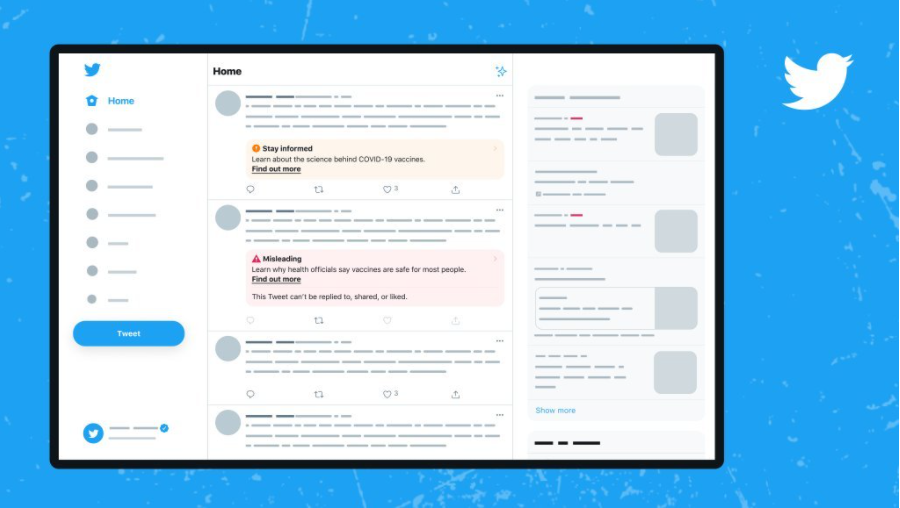 Lastest news from ASO World data team showed that Twitter will test the lables and change the normal outlook. Twitter wants to change the way it displays tweets that may be misleading but aren’t dangerous or infringe on its policies.

As part of a new series of tests, Twitter will be adding misinformation labels that will accompany tweets that the social network deems “misleading”.

The labels will be coloured as shown in the photo above and carry a brief explainer and a link that users can click to find out more.

“People who come across the new labels as a part of this limited test should expect a more communicative impact from the labels themselves both through copy, symbols and colors used to distill clear context about not only the label, but the information or content they are engaging with,” the company told TechCrunch.

By adopting its design, Twitter hopes that people are more likely to interact with these tweets.

According to early testing, users were more likely to click through to authoritative information from the social network when they saw the pink version of the tweet.

It shows that misinformation labels need to stand out visually in order to have the desired impact.

The social network has been busy ramping up its content moderation features that now include warnings and pop-up messages which try to warn users before clicking through on a link.

Previous measures introduced by the company include warning messages, reducing the visibility of tweets, turning off likes and replies and adding explainers.