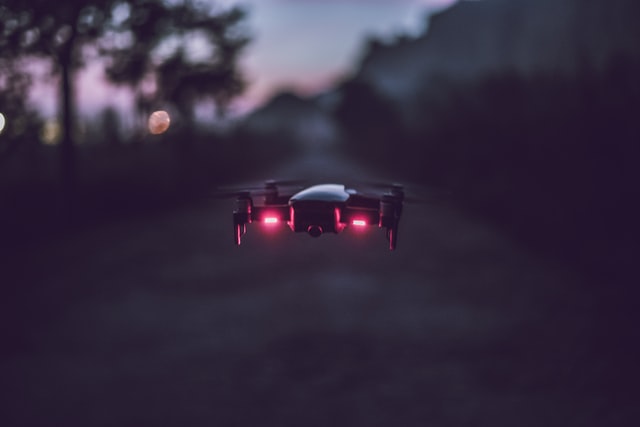 Tencent has launched a hand game “Food Language” specifically for female users, which combines traditional Chinese food culture in the plot and allows users to raise “food souls” by completing various tasks, and most of these “food souls” are graceful, gentle and elegant boys. According to the monitoring of Seven Wheat data, “Food Language” was once ranked on the top 2 of the App Store game list (free), and the highest estimated number of downloads in a single day was over 30w.

According to the Frost & Sullivan report, Chinese female mobile game users have reached 219 million in 2017 and are expected to grow to 403 million in 2022. The increase in user demand has made many developers begin to pay attention to this not yet fully developed field, and among the first to enter the market to test the water, there are also many phenomenal female-oriented handicraft products, such as “Xifei Zhuan”, “My Little Home” and “Shining Warm”.

The rise of female hand travel market, RPG into the pursuit of objects

Unlike male users, female users pay more attention to the UI design of handicraft products such as painting style and sound effect. In the first half of this year, Netease launched the hand game [light encounter] (former name: Sky light encounter), because of its clear healing style, let the user freely in the sea of clouds, flowers, and get a lot of female users.

According to the data of 200 products in the App Store retrieved by the keyword “female games”, 32% of the female-oriented hand games have spent a lot of effort on UI design.

The majority of the ancient style hand games, such as “Hei Fei Zhuan”, “Sword Linglong”, “The Journey to the West”, these hand games in the setting of the storyline, as well as character clothing and game sets, have refined design, can enhance the user product experience and the fun of the game.

Compared to male users and hardcore games that tend to consume a lot of time in equipment upgrades, brush copies, this kind of light hand game products are also more likely to become female users in the fragmentation of time in the pastime choice.

In this statistics, casual games ranked first with 38 products, accounting for 19% of the total.

For example, the popular casual games in recent years, such as “All Drift”, “Ball Ball Battle” and “Sonic Ball Ball”, have low operation threshold, simple and clear interface, and relatively fast passing speed, and users can finish a game in just one or two minutes, or even tens of seconds, without consuming a lot of time.

RPG and simulation development are the favorite of female users

It is worth noting that among the statistics, RPG and simulation games account for 31% of the total. And in recent years in all kinds of female handicraft App, not only such as “Hei Fei Zhuan”, the user plays the role of the game, through a series of monster upgrade, set of cards to learn, and other things, experience from weak to strong experience.

At the same time there is no shortage of such as “love and producer” this kind of simulation hand game, can let the user to the third person’s point of view, to develop their own want to raise the character, to complete their own in real life can not complete the desire.

At that time, the highest estimated single-day download of “Love & Producer” for iOS had reached 21w+.

This year is a year of casual games into a blowout development, at the same time, there are also a lot of pop-up casual games. Among them, “all drift”, “eliminate virus” in the first half of the App Store game free list top1 33 days and 25 days respectively.

Casual games can get such a high degree of popularity this year, not only because the game threshold is low, simple operation. In fact, it is more important that developers are taking advantage of the trend of gradual fragmentation of user time to seize the users.

From a single game, the time consumed by the user on the casual game is short, short tens of seconds, the longest is only two or three minutes. At the same time, the fun of passing can further stimulate and encourage users to continue to break the mentality of the cycle, the game also occupies the fragmented time of most users.

Three points to grasp the needs of female users

Previously, Bluefly’s product “Traveling String” has integrated the words and dress of employees’ usual conversation into the product, giving users a kind of egg-like surprise.

High payment rate, low payment amount, female users are easy to form impulsive consumption. According to foreign Flurry agency survey, women generate 30~40% more in-app purchases, game hours and weekly game loyalty than men. In some products, there are actually some inexpensive consumer products, and sometimes the developers will also stimulate users to spend by discounting. For example, one dollar of “Happy Happy” can buy 100 windmill coins.

Female users have a motherly aura, love nurturing and love dressing up. With the increasing rate of singles, many female users are eager to have a romantic relationship, but their busy work and complicated interpersonal relationships lead many users to put their emotions in pets and virtual games.

In this regard, developers can take advantage of women’s natural maternal glow, as well as their love of dressing and decorating and nurturing, to develop products or introduce new features. For example, “Taobao” new “Taobao life” module, which is a combination of “cultivation + dress up + simulation + social” as one.

The product is placed in multiple regions or countries, it is recommended to do a good job of product localization.

For example, “Traveling Frog” (Traveling Frog), although the domestic users “frog son” craze, but the product did not adapt to the habits of Chinese users, the language is still in Japanese, which also led to some users began to download other similar products, the loss of users.

Functional optimization or new modules to expand the user base. Function optimization is a must for a product that wants to operate continuously and healthily.

Timely collection of user feedback for product optimization can improve the user’s product experience. And new feature modules, not only to improve the product’s shortcomings, but also to promote the product live, pull new.