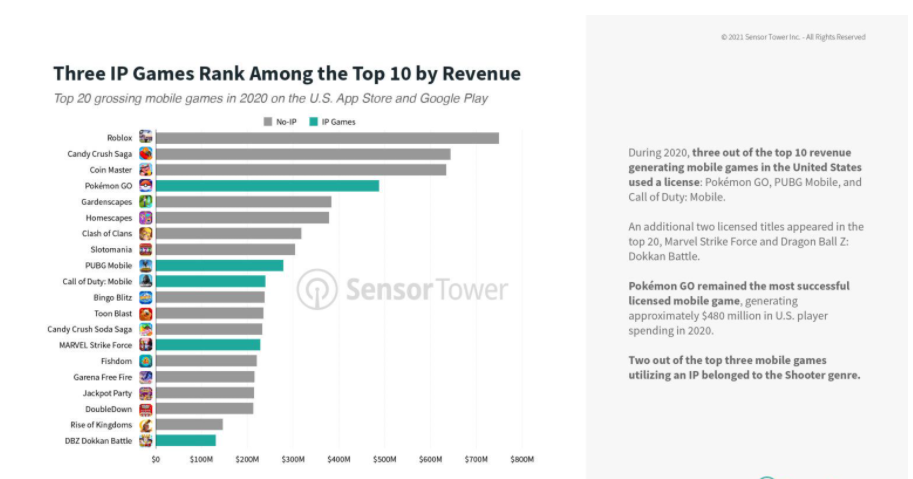 Intellectual properties (IPs) are touted as the next marketing technology in wake of the changes to mobile targeting following IDFA.

Now, new data by Sensor Tower shows that 23% of mobile game player spending and 17% of downloads in the US were generated by IP-based games.

Together, they accumulated $1.4 billion in player spending in 2020 with Pokemon GO leading at a whopping $480 million in spend.

Although just 9% of games used IP, their player spending accounted for almost a quarter of market share.

Game genres like Shooter, RPG and Action saw the highest percent of IP and the fastest growth.

Although Puzzle games remain the largest category in the US, just 5% of their revenues come from IP titles.