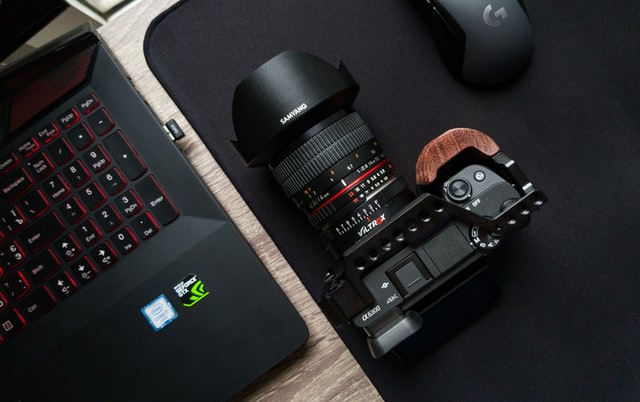 As you all know, ASO is the process of maximizing visibility of our mobile apps on the stores with the goal of getting more downloads, but it’s also about conversion rate to download. In this post we will discuss everything you need to know in terms of ASO strategy depending on the store you want your app to rank in: Apple App Store vs. Google Play Store.

The main purpose of accessing either App Store or Google Play is to download apps and games, and while the information we find in both stores is similar, users show different behaviours while browsing them – some tend to read descriptions, ratings and reviews to make an informative decision, but there are others who decide whether to download or not within a few seconds. These tendencies, among many other aspects, change depending on which store is the user browsing, so we are doing a recap of everything you need to know when planning your ASO strategy. The aspects discussed below will be divided in off-metadata factors and on-metadata factors. You can learn more about factors here.

Although both stores present several similarities, their layout is different, and we shouldn’t overlook any of these details when planning our ASO strategy, as it needs to consider on which store is our app scaling. First of all, we will tell you what aspects you should take into account in the App Store, followed by the ones in the Google Play Store. At the end we will attach a recap table with all the differences to make it easier for you.

These factors rely purely on marketers and developers, as they can edit them from App Store Connect. They are all public and visible except for the Keywords Field.

In the several text fields presented is where our ASO game has to shine, so we are going to see the possibilities that the App Store has to offer.

First of all, the App Name. In both stores is one of the most important factors and it has to contain some of the leading keywords, the ones that will allow users to find the app. In App Store it is possible to use 30 characters. Although the length of the title is shorter in the App Store, it allows to write a 30-character Subtitle to make up for it, on which you can include keywords.

The second one is the Description, and each store offers several possibilities. The App Store includes a long 4,000-characters description, but it is not relevant for Search ASO. Instead, it is key for marketing purposes, as it’s the most powerful tool to get users’ attention and convince them to install. Moreover, it has the Promotional Text Field, which is not indexable, that can be edit at any time to inform of updates, events, and such.

The last important field to consider is the Keywords Field, which is only available on the App Store (and, remember, it’s not public), and includes the keywords for which we opt our app to rank for. It allows 100 characters and it shouldn’t include keywords that are already on the App Name or the Subtitle.

Last but not least we find the Developer Name, which is important for ranking, as well as its age, because both stores tend to highlight the positive ones. Then, there is the Category, an aspect that doesn’t affect positioning but it’s important for browsing, as our app will appear in category charts. The App Store allows 2 categories: a main and a secondary regarding apps, plus 4 subcategories when it comes to games.

Our first look at both stores treats visual aspects and layout, features that focus more on marketing than ASO, but they are key for app conversion rate and we must take them into account.

The first impression is almost definitive when it comes to download. Most of installs come just from that, so it’s imperative to exploit the marketing assets that each shop offers. In terms of layout, on top of the App Store you can find the Title, icon and rating, and the visual claim comes after that in a gallery with a maximum of 10 screenshots, which are useful to show how the app works and can also include a video. Another key aspect to consider is that on the App Store videos reproduce automatically, so users are more likely to watch them.

The icon is key in terms of conversion, as it must represent clearly the type and functions of the app. It needs to be attractive in order to stand out among the rest and to catch the eye of the user.

These ASO factors are “uncontrollable”, as they depend almost on its entirety on the market response towards our product, as well as on the marketing budget. Off-Metadata factors are:

These factors rely purely on marketers and developers, as they can edit them from the Google Play Console.

We should keep in mind that the Title is one of the most important factors and it has to contain some of the leading keywords, the ones that will allow users to find the app. In Google Play Store it is possible to use 50 characters that we can complement with a short description of the app to describe it, which can’t be longer than 80 characters, and it affects ASO regarding search and conversion rate. Google Play also allows to do a long description, which is specially important, and it needs to contain the targeted keywords for a better positioning. It also has to include the arguments that will convince the user to download the app, and it concedes 4.000 characters.

The last informative field is the Developer Name, which is important for positioning, as well as its age, because if it is positive Google Play can highlight it in the store. Then we can find the category, an aspect that doesn’t affect rankings but it’s important for browsing, as our app will appear in category Top Charts. Google Play lets the developer choose only one category.

Don’t you know which keywords to work with? You have to conduct a deep keyword research!

One of the differences between Google Play and App Store is that the first one displays a feature graphic that takes up nearly a third of the screen, which can include a video. This content should be representative of what’s the app about, so make it clear enough! Then there’s the Title with its icon, rating, number of downloads (information not available on the App Store), category and short description.

On the other hand, the screenshot gallery offered by Google Play is located after the ‘read more’ button, and can place a maximum of 8 images. Videos redirect the user to a YouTube link, a feature that makes it more difficult to them to watch them to completion, but it tells us that the ones that do so are engaged with the content, as they chose to watch it.

These ASO factors are “uncontrollable”, as they depend almost on its entirety on the market response towards our product, as well as on the marketing budget. Off-Metadata factors are:

Do you want to go deeper into Google Play ASO? Check out this complete guide.

We know that a picture is worth a thousand words, so we have included a table as a recap of all the information we have been explaining above these lines! Here you will find the main differences in App Store Optimization between Google Play and App Store.

We hope that these guidelines helped you to get a more detailed image of the differences between ASO on Google Play Store and on Apple App Store in 2021. Now it’s time for you to put it into practice and adapt your strategy to the store you are aiming to rank! Remember that you need to track, test and change (if necessary) your strategy constantly to ensure good results and a consistent growth!

2 thoughts on “How to Analyze the Differences App Store ASO vs. Google Play ASO?”