It seems that opt-in rates for app tracking on iOS 14.5 aren’t changing as much as app marketers may have hoped they would.

Flurry Analytics has been tracking opt-ins steadily over the past few weeks and the data shows that only a quarter of Apple users are opting in on iOS 14.

According to the latest June update, some 26% of global app users allowed apps to track them on Apple devices. This figure was much lower in the US at just 16%.

But users are now able to reject this tracking by simply not granting permission to apps.

All developers must ask for permission to track users.

Although only half of Apple device users have upgraded to iOS 14, iOS ad spend dropped in April and May while ad spend on Android grew.

Flurry Analytics, from Verizon Media, is used in over 1 million mobile applications, providing aggregated insights across 2 billion mobile devices per month. In the below report, we share the weekly opt-in rate as well as the percentage of users with ‘restricted’ app tracking, both in the U.S. and worldwide, following the launch of iOS 14.5.

These app tracking statuses are defined by Apple, and may be summarized as follows:

How do Flurry count app users?

We count the number of Flurry IDs based on the IDFV that are using iOS versions in which the ATT framework is available (iOS 14.0 and above). If a user opts in (‘Authorized’ tracking) for one app, and opts out (‘Denied’ tracking) for another app, we consider it as one app user who opts in, and another app user who opts out. In other words, we count app users, not individual users, which means that a single user who selects a tracking option across 2 apps will be counted 2 times.

What do these metrics mean?

Restricted app tracking rate: Percentage of app users using iOS 14 versions and above who do not have a choice to select a tracking option and cannot be tracked by default. 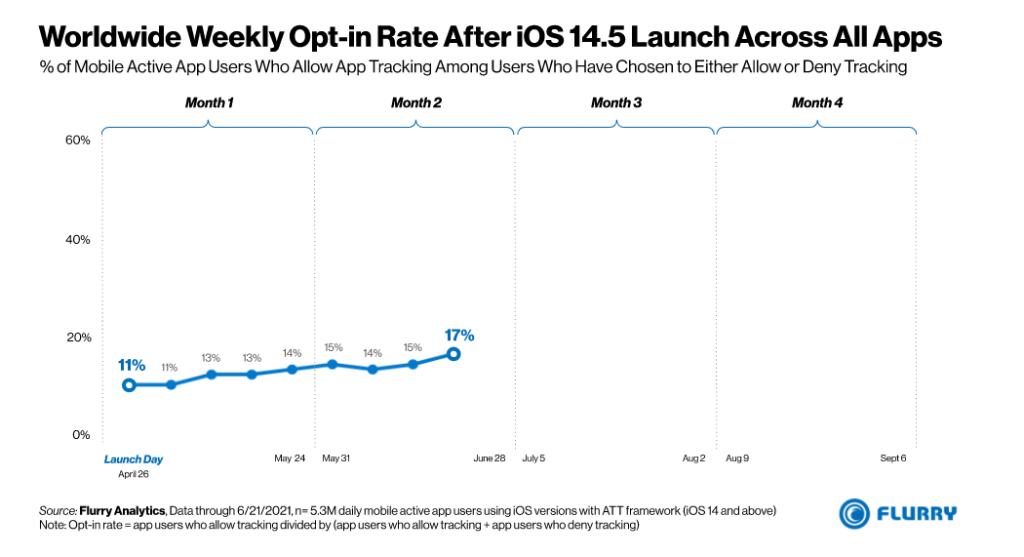 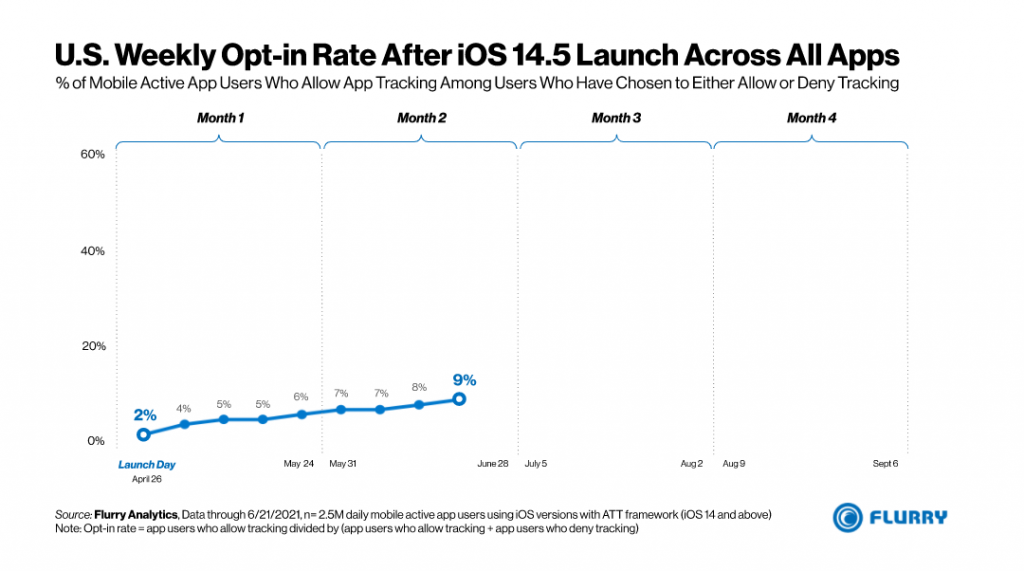 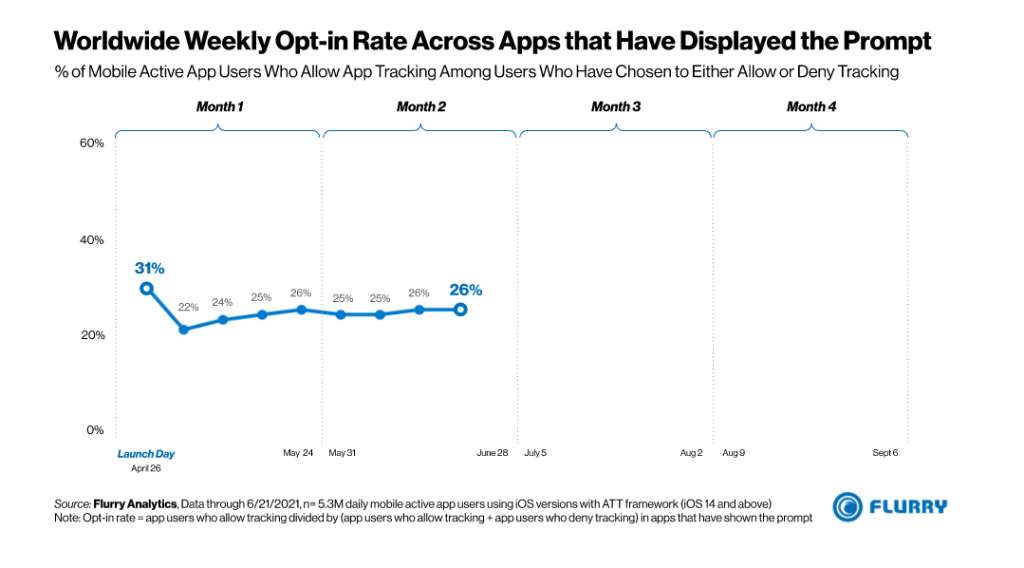 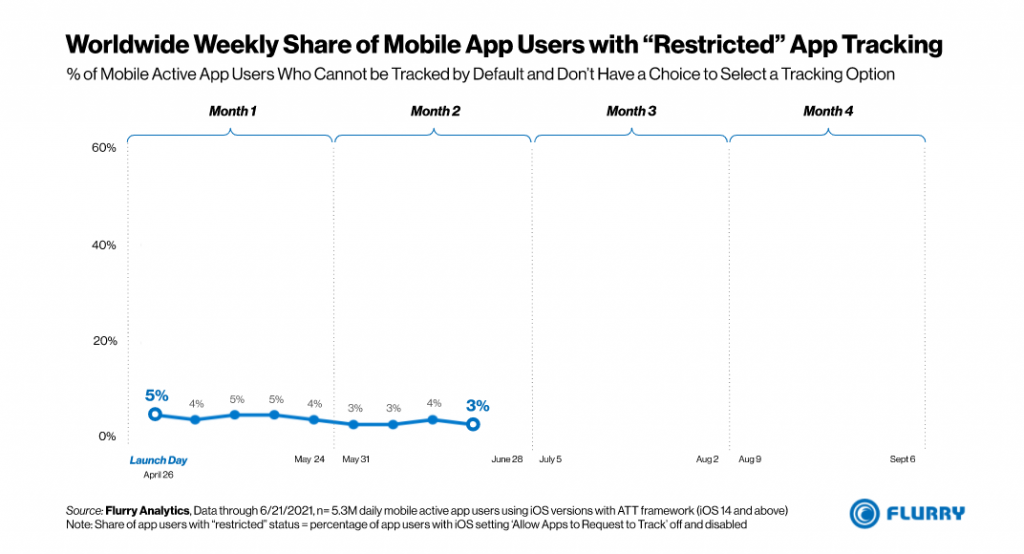 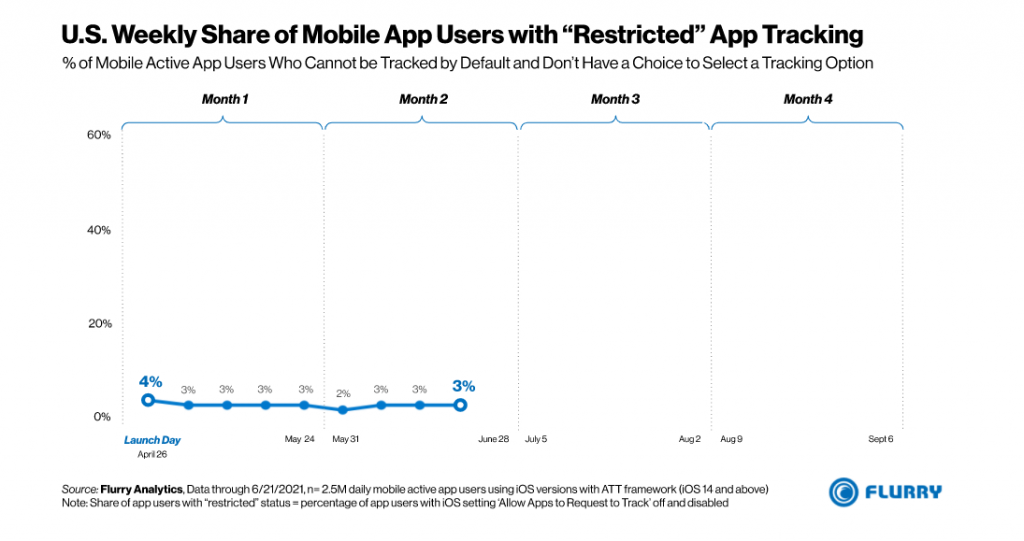